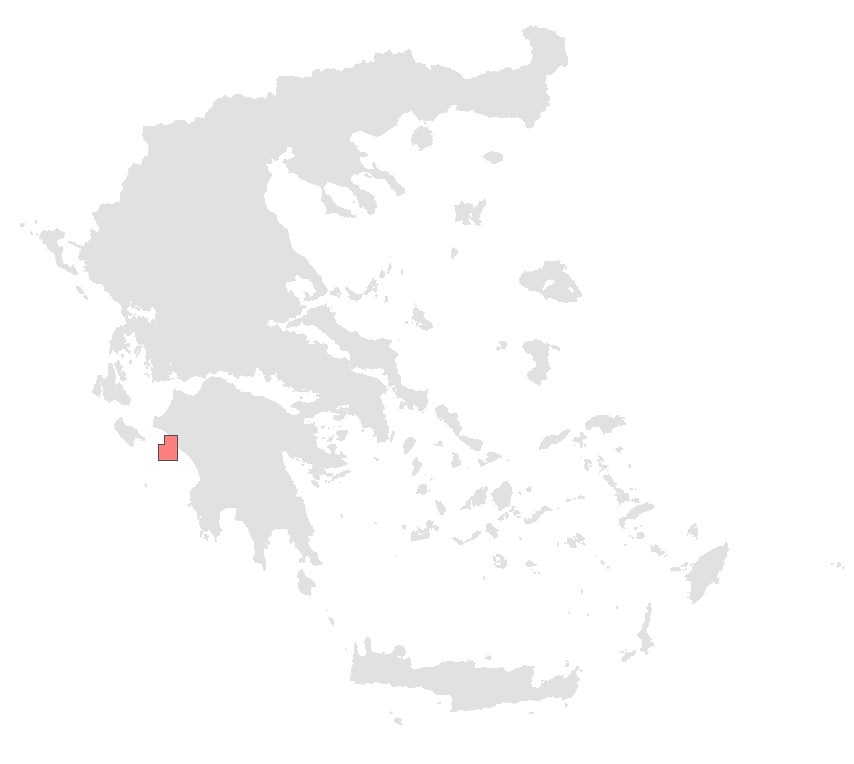 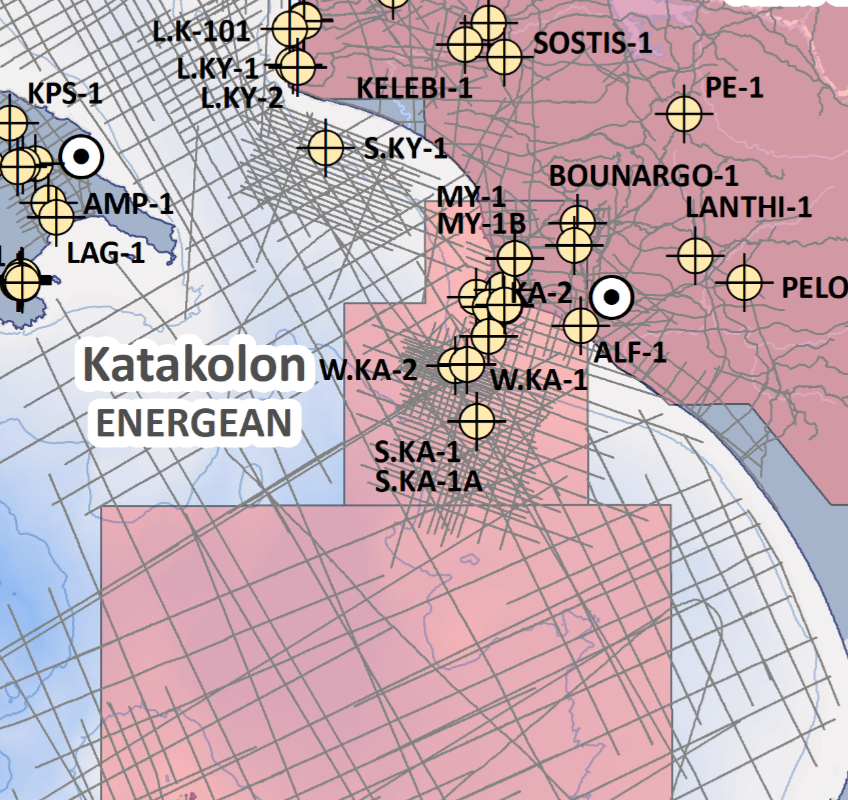 near Araxos, Kefallonia and Zakynthos airports
near Patras seaport

Block lies over the Ionian Basin

On November 2016, Energean and the Greek Greek Ministry of Energy agreed the conversion of the exploration license for the proven West Katakolon offshore field to a 25-year exploitation license. The West Katakolon Exploitation area is part of the Katakolon Concession Area and covers a 60km2 area with circa 10mmbbls recoverable oil and 35-40mmbls STOIP. Estimates are subject to independent auditing. Drilling is planned for 2018. Energean will use Extended Reach Drilling (ERD) technology to drill from onshore to offshore reservoirs, in a similar manner to several wells Energean has drilled in Prinos (Greece) and the Gulf of Suez in Egypt (East Magawish). The programme includes also the building of roads and the installation of the necessary facilities (storage deposits, buoy etc.).
The Katakolo license covers onshore, shallow water and deep water acreage on the west coast of the Peloponnese. The block, 545 km2 both offshore and onshore, contains 3 discoveries and multiple leads. The water depth is 200–300m while the depth of the reservoir is 2,300-2,600m. The field contains approximately 180m of sour gas underlain by an oil rim of approximately 120m in a large carbonate structure with further undrilled deeper potential. There are 2 biogenic gas discoveries onshore from a drilling campaign undertaken in the 1960’s. The West Katakolon reservoir is believed to be a dual porosity system (matrix, fractures and vugs), with an overlaying gas cap and an underlying aquifer. 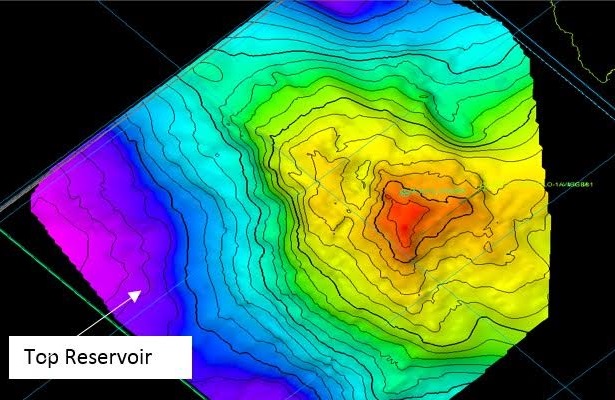 The wider onshore area was first drilled (Katakolo-1 well) in 1939. Thirteen onshore wells followed until 1984, finding oil and gas in most cases, while three wells went dry. The Katakolo discovery was made by the Greek State Oil company just off the coast of Peloponnese in the Ionian Sea in 1981 through the drilling of the West Katakolo -1 well. The well tested gas and condensate in fractured Eocene and older carbonates, which lie unconformably below thick Pliocene shales. West Katakolo-1 was followed by West Katakolo -1A and South Katakolo -1 wells, which found oil. A second well (West Katakolo-2) in 1982 tested oil from two zones with flow rates 1200 – 1400 BOPD. The oil gravity is 26–28 API. In the same year, South Katakolo 1A well found gas. A 3D seismic survey was acquired in 1984 and since then there was no activity, until thirty years later, when Energean was awarded the block.