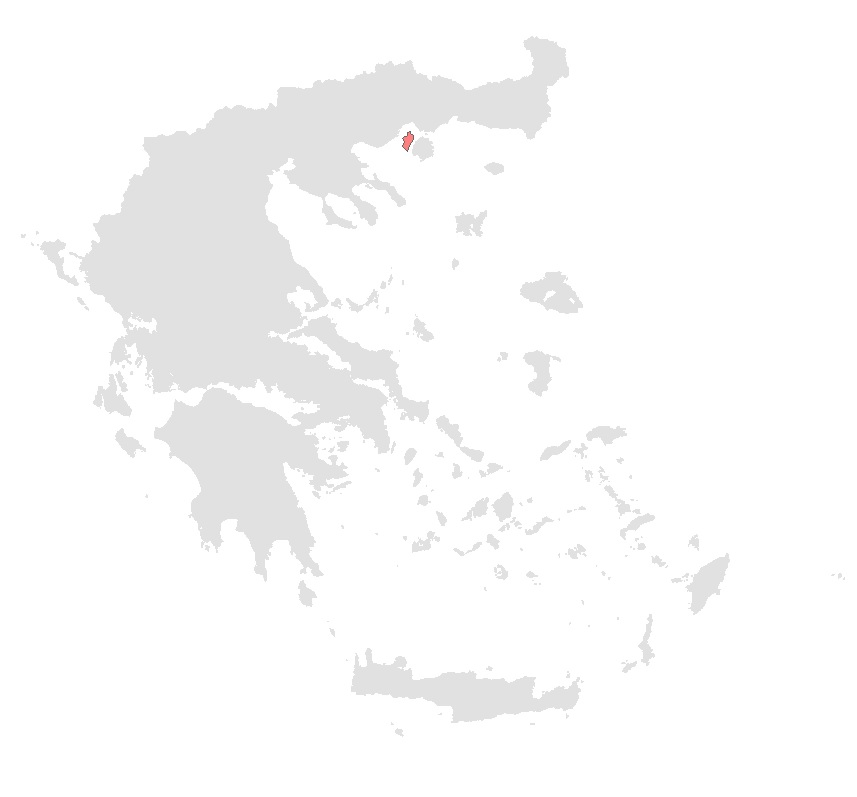 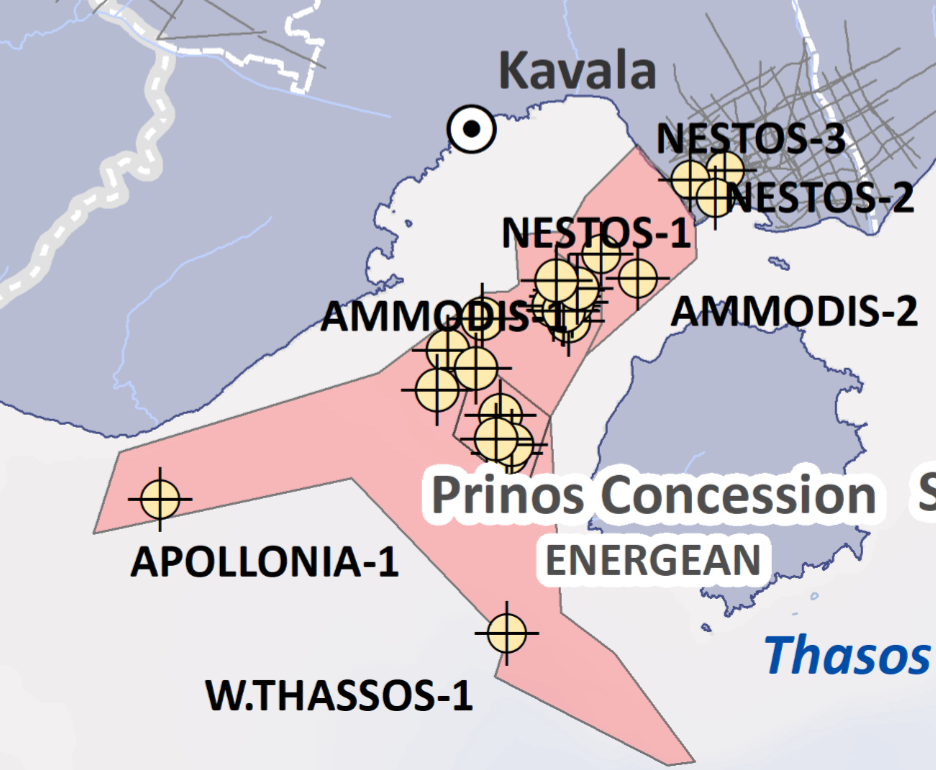 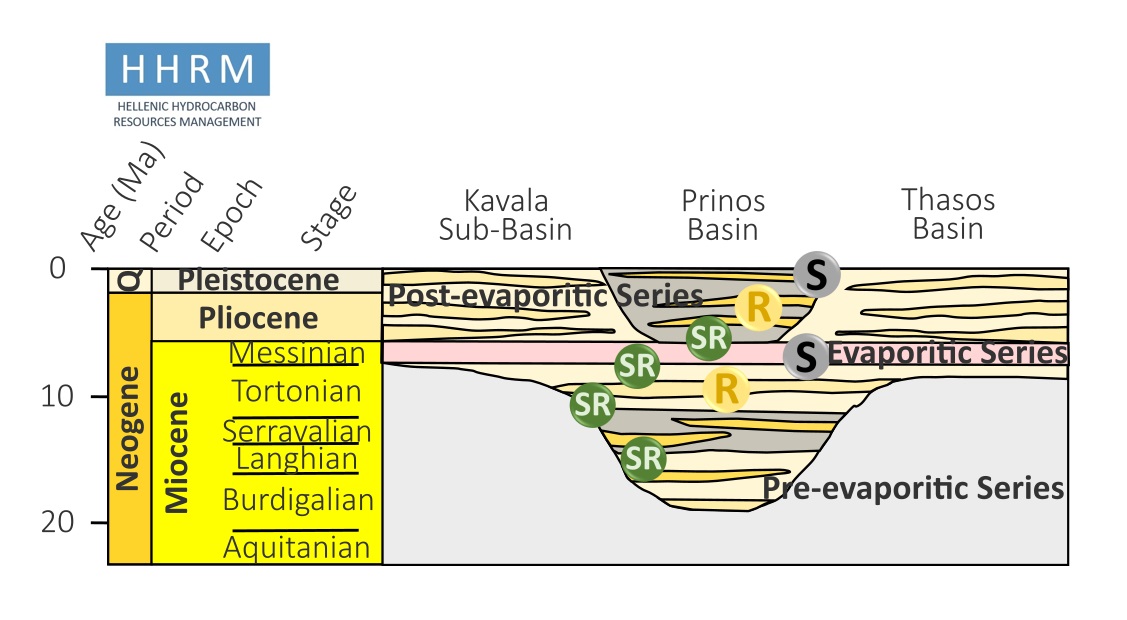 According to the most recent data presented by the management of Energean Oil & Gas in December 2016 the production of Prinos raised to 5 thousand barrels per day. The company continues its investment program with the development of a new – fifth well (PA-38). Present data lead Energean to estimate Prinos reserves to around 40 million barrels reserves against previous estimates placing the reserves up to 30 millions. In 2007 the certified reserves of oil were hardly 2 million barrels. Energean has submitted the data to an international independent expert for certification of this increase. Processing and interpretation of seismic data acquired in 2015 helped to upgrade the estimates for Epsilon reservoir.
As part of the concession of Prinos, it was initially certified with 15 million barrels. The new data, will allow the review of the development plan for Epsilon. This year for first time since 2001, the production of Prinos exceeded in one year the 1 million barrels. With a medium daily production above 2.500 barrels (near 3.500 barrels) it is the first time in the history of a concession the Greek State (HHRM) will receive royalties according to the convention of 2013. 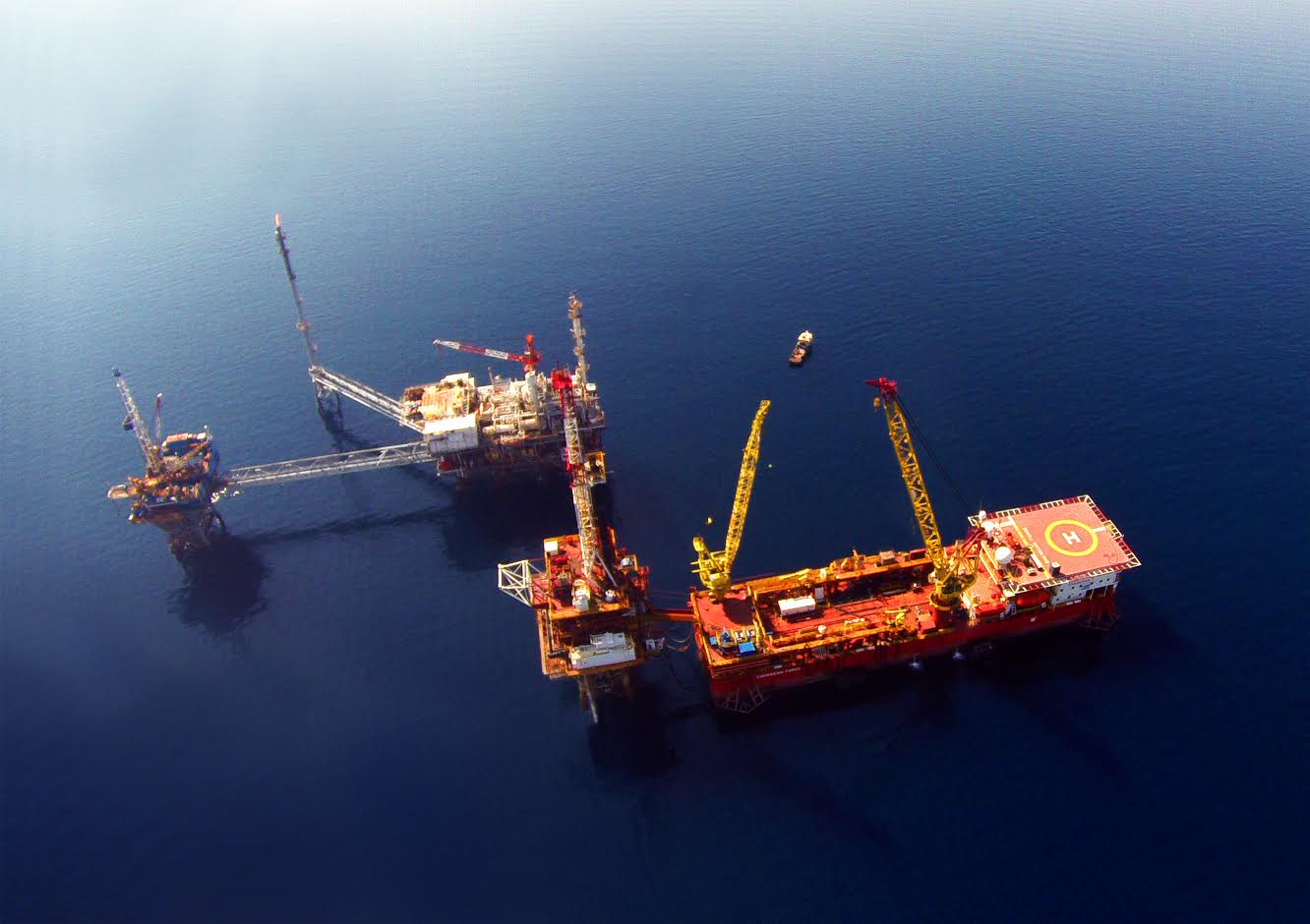 The Prinos Oil Field is the main structure in the Prinos-Kavala basin, located offshore in the Gulf of Kavala. It covers an area of 4 km2, about 8 km north-west of the island of Thassos and 18 km south of the mainland of North Greece, in a water depth of 31 meters. Today, Prinos 2P reserves stand at 11,7 mbbls (2P), which are independently audited. Following the wells drilled in the context of the ongoing drilling programme and the interpretation of the 3D seismic data acquired in the summer of 2015, Energean estimates that there are 10 more million barrels of 2P reserves in Prinos and waits for the independent audition. The 2C contingent resources associated with a notional extension of water injection are 24.7 mln bbls. Since the summer of 2015, “Energean Force”, Energean’s own drilling rig, has been executing a 7-well drilling programme in the field, as a part of a new 200-million-dollar investment. After the completion of the drilling of four wells (PA-35A, PA-40, PA-36 and PA-41), production rates exceeded 4,500 bopd of medium grade sour oil plus associated gas. Currently, fourteen wells are producing and four are injecting sea water. After the completion of the drilling of wells PA-40, PA-36 and PA-41, Prinos’ oil production averaged 3,177 bbls daily in 2016, that is a 151% increase compared to 2015 production.

The Prinos field is formed by a low relief faulted anticline, with oil trapped in the Prinos Group reservoir of Miocene Age at a depth of between 2490 and 2770 m TVDSS. The reservoir produces under-saturated sour crude oil with an API gravity of between 27 and 30 degrees. Prinos contains up to 60% hydrogen sulphide gas. The onshore ‘Sigma’ plant complexity is driven by facilities to remove this toxic gas and convert it to Sulphur. Sulphur is sold to a local fertilizer plant. Excess gas is sold to the same company. 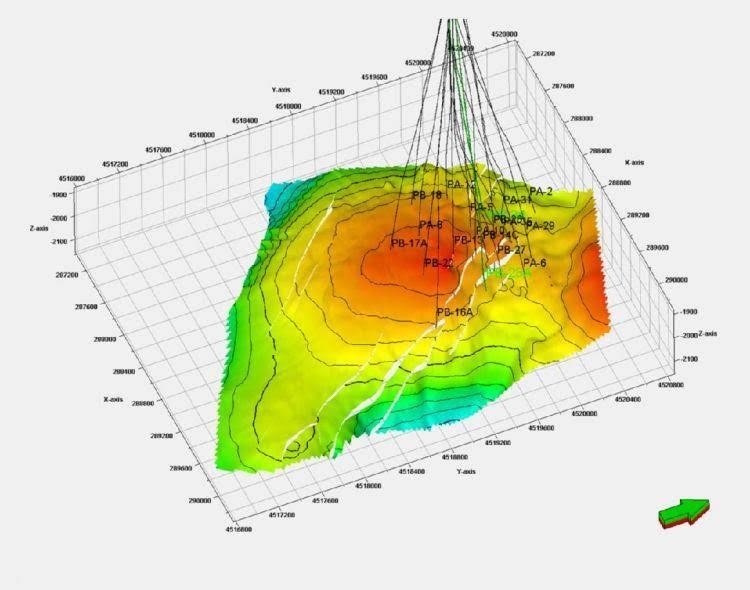 The Prinos basin was explored in the 1970’s and the Prinos field was discovered in 1974, through the drilling of Prinos-1, the first exploration well drilled in the area. It was developed in the late 1970’s and brought into production in 1981. The initial development of the field, following the drilling of the delineation wells which confirmed the extent of the Prinos reservoir, took place from 1979 until 1981. Facilities were installed offshore and onshore to allow 30,000 bopd to be produced along with associated gas. Two drilling jackets were installed above the Prinos field, bridge linked to an unmanned offshore processing platform. These offshore facilities were linked by pipeline to shore where a complex gas and oil processing plant was constructed along with oil storage tanks (500,000 bbl capacity) and offshore loading terminal. Crude oil production commenced in early 1981, at initial rates of 8,000 to 10,000 bopd. Production peaked at more than 27,000 bopd in 1985, however it has steadily declined since then. Prinos 2P reserves were initially estimated at 60 million oil bbls, but the field has already produced almost 110 million bbls since 1981.

Prinos North Oil Field is one of the satellite Fields within Prinos – Kavala Basin. It is located approximately 3 km north of Prinos Oil Field and about 18 km south-west of the mainland of Eastern Macedonia, Northern Greece, where the water depth is 38 meters. Since 2008, Energean has invested more than US$ 30 million in redevεlopping the field, managed to revive oil production which was interrupted back in 2004. In Prinos North, 3,3 mmbo 2P reserves have been independently audited, while STOIIP is 16mboe with a recovery factor of just 24%. In the context of the new investment programme which is in progress, Energean has planned to sidetrack the well PNA-Η3 in 2017 aiming to increase the current production up to 2,000 bopd. Energean has also planned to install a new platform over the Prinos North Oil Field. The platform will be named “Omicron” and it’s installation is subject to the results of the ongoing exploration programme in the area. In 2016, and after some technical interventions, the average oil production rate was 313 stb/d, a 58% increase compared to 2015 production.The cumulative oil production is 4,0 MMstb.

The Prinos North structure had been initially identified as a potential exploration opportunity in 1976, when the Prinos-4 (P-4) delineation well encountered small quantities of oil to the north of the Prinos oil field. This led to the acquisition of 3D seismic data in 1993 and the drilling of Prinos North-2 (PN-2) exploration well in 1994, which discovered the main field, as well as a second deeper and thinner sandstone reservoir, called the Delta prospect. Prinos North was appraised and developed as a satellite field to Prinos by an extended reach horizontal well, PNA-H1, in 1996. In 1997, PNA-H1 was brought in production and produced until 2004 at initial rate of 3,000 bbls/d with an interruption during the period 1998-1999 when a decline set in on water breakthrough. At the time of field shut-in in late 1998 the well was producing some 1,500 stb/d at a water cut of some 50 per cent. On the resumption of production the well continued declining to ca 300 stb/d at a water cut of some 80 per cent when it was closed in for side-track in 2004. Following the unsuccessful side-track in 2004, an extended reach well, PNA-H3, was successfully drilled by Energean in 2009, through a challenging operation due to the geological complexity of the targeted reservoir. The well reached a total depth of 4,370 m, with a 358 m horizontal section into the reservoir. The production started at initial rates of more than 1500 bopd, but it declined to less than 200 bopd, until its new increase after the interventions conducted during Q1 2016. 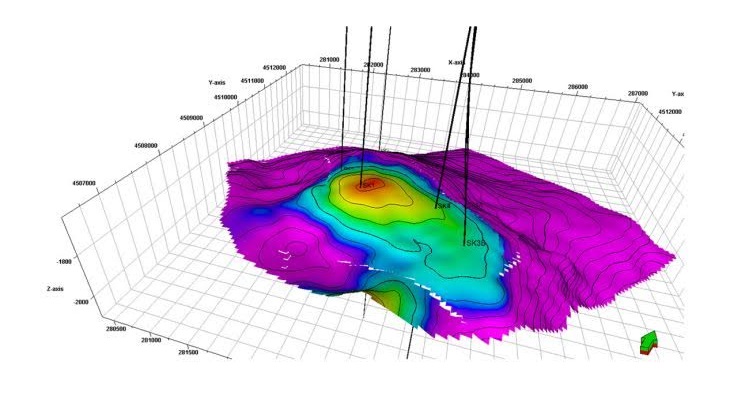 On November 2015, Energean was awarded a 3-year extension in the duration of South Kavala license and has been preparing a new development plan for the period 2017-2019 that will cost approximately US $1.5 million. The project is under evaluation and includes the installation of down-hole pumps in two of the existing wells to remove liquids from the well bores and will enable the field to be placed back into continuous production, increase condensate yields and bring recovery eventually up to 98.5%, as the remaining gas reserves are approximately 2.6 Bcf.

The South Kavala Field was discovered by SK-1, the first exploration well drilled in the Basin in 1972, in the same initial exploration campaign that found the main Prinos oil field and Zeta. The structure was confirmed by 6 more exploration and appraisal wells. It was developed in parallel to Prinos as a remote satellite during the period 1979-1980. Two producing wells are active since then, with an average total depth of 2,050 meters. A single well jacket was installed and linked back to Prinos with a 12” pipeline. South Kavala contained approximately 1 BCM of sweet, lean gas. It was developed to supply fuel gas to Prinos and the onshore plant. In the 1990’s wellhead compression was added to the jacket to maintain production.

The depleted field is suitable to be converted into an Underground Gas Storage (UGS) linked to the TAP pipeline that will transit Greece 2km from Energean’s onshore processing plant. Energean has submitted on 1st July 2011 to the Regulatory Authority of Energy (RAE) an application for the acquisition of a license that permits the installation of the storage and the conversion of the almost depleted field into a UGS, in accordance to the Law No 3428/2005 (relates to the release of the natural gas market in Greece.)This development is on hold awaiting approval from the Greek government. Conversion to UGS would require an investment of approximately initially estimated at US $400 million.The key characteristics of the project are as follows:

South Kavala is considered a strategic location for the stability of the country and region’s energy supply. The UGS project was adopted by the European Commission as a Project of Common Interest under Regulation (EU) No 347/2013 on Guidelines for trans-European energy infrastructure, but since there are no decision from the Greek State, it was excluded from the list.